Samudragupta was the son and successor of Maharaja Chandragupta. The fourth line of the Prayag Pillar Commendation, composed by Harishana, describes Chandragupta I as conferring Samudragupta the kingdom in a packed assembly.
Scholars are of the opinion that Chandragupta I may have done this to keep Samudragupta’s merit in mind and prevent civil war among his sons. After the throne, he started the program of conquest. He was a skilled warrior. Historian V.A. Smith called him Napoleon of India.
Seeing the valor, military campaigns, and successes of Samudragupta, this title given to him by the great historian seems to be right. The secret kingdom was very small at the time when he ascended the throne. The whole country was divided into many small parts.
In these states, paper enmity was seen. Samudragupta decided to create a powerful empire by conquering many of them. He defeated nine states of North India and merged them with his own state. He fought 12 states of South India but did not mix them in his empire. This shows that Samudragupta was a heroic as well as a visionary.

Samudragupta was the exact opposite of Ashoka, the great ruler of the Maurya dynasty. Ashoka believed in peace and rule in the hearts of people, but Samudragupta was more angry and violent than him.
Kaushambi also has the Ashoka Pillar, the praise of Samudragupta is inscribed on it. Information about almost all aspects of Samudragupta ‘s life is obtained in this article.
Samudragupta’s court poet Sri Harishan’s Prayag Commendation has listed the names of the people and countries that Samudragupta had won. His major victories were as follows –
Read also – Indian farmer

It is known by Prayag Prasad that Samudragupta conquered nine states of North India and merged them with his empire.
Those states were – Vakataka State, Mail State, State of Nagavansha, State of Pushkaran, Nagasena, Rajas of Mathura, Nagasena, State of Ramnagar, Assam Raki, Nagavanshi State, Nandin, and the Kotwanshi Kingdom.
The kings of the Kot dynasty had formed a union of several states against Samudragupta. But all those states had to be defeated. Samudragupta extended his empire by joining these states of North India.

The victory of Punjab, Madhya Pradesh, and Rajasthan

Samudragupta’s writings show that during the time of Samudragupta, there were many republican castes in north-western India and Punjab.
According to the statement of Harishan, these nine castes had accepted the subordination of Samudragupta. These castes were – Malwa, Ameer, Kak, Mudrak, Yodayya, Sakanik, Nagarjuna, Khaparik, and Prague.

The victory of the kingdoms of another king of central India

Samudragupta did not mix the states between Tartar India and South India in his empire. They were the only subordinate states to him because they only taxed him.
These states were tribals. Apart from paying taxes to them, these states also provided military assistance on special occasions.

Seeing the increasing state and influence of Samudragupta, many frontier states like Bengal, Assam, Nepal, etc. accepted the tax and accepted his subordination.

The conquest of the states of South India

With the help of a huge army, he defeated all the states of Southern India. But he did not include them in his empire because of his distance from Pataliputra. He used to take only tax from them.

Samudragupta is said to have established friendly relations with foreign powers like Shaka, Kushan, and Sri Lanka. These states accepted the currency inscribed with the Garuda statue of the Gupta states.
This condition may have been imposed on him by Samudragupta. This shows that he was not in an equal state.
As far as Sri Lanka is concerned, there is evidence in a later Chinese source that King Meghvarna (352–379 AD) of Sri Lanka sent some gifts and asked the Gupta king (possibly Samudragupta ) to allow him to build a Buddhist vihara in Gaya. was.
Got permission and built a monastery named Mahabodhisangharam, King of Sri Lanka in Buddhist Gaya. It is clear that India and Sri Lanka had good relations at that time and Samudragupta Believed in the policy of secularism.
The King of Sri Lanka sent his ambassador to his court. Meghvarman (Sri Lanka) obtained his permission and built the “Buddhist temple” Mahabodhi Sangharama.
Read also – Mahatma Gandhi

The coin of Samudragupta

Much is known about Samudragupta through coins issued by him and inscriptions. These were of eight different types and all made of pure gold.
His conquests brought him gold and even coin-making expertise from his acquaintance with the Kushans. Certainly, Samudragupta Gupta is the father of the monetary system.
He started different types of coins. They are known as Standard Type, Archer Type, Battle X Type, Type, Tiger Slayer Type, King, and Queen Type, and Veena Player Type.
They demonstrated a good quality for technical and sculptural finesse – at least three types of coins. Archer type, battle-ax, and tiger type – represent Samudragupta in martial armor.
Such as the adjectives gallantry, deadly fighting-ax, tiger-bearing coins, Prove his being a skilled warrior. The type of Samudragupta of the coins he performed sacrifices and his many victories and shows.

He assumed the throne as the second emperor of the Gupta dynasty in 335 AD and increased his influence by occupying neighboring states and began his journey to conquer many parts of India.
With this, he succeeded in smoothing his immediate neighbors – Achyutha Naga from Ahichatra, Naga army from Padmavati, and Ganapati Naga from Mathura, he won his victory by combating three major northern powers.
He has restored the Vice King’s southern kings, thus becoming a real politician and prevailing north ‘ Digvijay ‘ against ‘ religion Victory ‘ adopted policy.
Since the Southern Kings to govern their states went to authority and supremacy, so he gave full attention to expanding his empire in the north, which was followed by their second Northern Expedition.
War, which had begun to control, current-Allahabad were extended to the borders of Bengal who complete the Ganges Valley, Assam, Nepal, and East Bengal, Punjab, ended up in some parts of Rajasthan.
The areas of Samudragupta extend from the Himalayas in the north to the Narmada River in the south and from the Brahmaputra River in the east to the Yamuna River in the west.
His greatest achievement can be described as much political integration in India which is a formidable power. He assumed the title of Maharajadhiraja (King of Kings).
Southside, along the shores of the Bay of Bengal, had its great power forward Mahendragiri stretched Pitapurm, Kanchi Vishnugupta, Mntrraj of Kurla, transported by Khosla Mahendra and many further Krishna river.

Samudragupta ruled for 40 years and one of his sons succeeded his rule, who was crowned. At first, he crowned his elder son, but then his brother Chandragupta killed him and a new ruler came to power.
This ruler is known as Chandragupta II, who was given the title of Vikramaditya. Art historian V.A. Smith refers to Samudragupta as Napoleon of India for his conquest.
However, many other historians disagree on this fact, but like Napoleon, he had never will nor were in exile or prison defeated. He ruled the Gupta dynasty from 380 AD until his death.

Why was Napoleon of India called?

When Samudragupta ascended the throne, the Gupta Empire was very small. Samudragupta decided to expand his empire.
The valor of Samudragupta is also mentioned in the Prayag Prasasti, it is a kind of Samudragupta pride house, which was prepared by Harrison, the court poet of Samudragupta.
Samudragupta was not just a warrior, but he also had many qualities. He was very fond of music, he was well versed in playing the veena.
He was also a very good musician and many coins made by him are seen in which he is seen carrying a veena. Apart from this, Samudragupta is also famous as a poet.
In his time, he was also called the king of poets. According to public opinion, he used to recite poetry in his court, but no compilation of his compositions is found, so all historians do not agree on this.
Read also – Surdas biography in Hindi

Who was called India’s Napoleon because of his victories?

What is the father of Samudra Gupta?

What is the mother of Samudra Gupta? 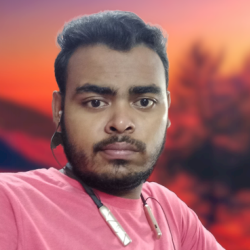